Favorite quote:  “The greatest glory in living lies not in never falling, but in rising every time we fall” Nelson Mandela

I am the product of the American Dream.  I was born in Holguin, Cuba in 1963, four years after Fidel Castro gained power in Cuba.  From the early days of the "revolution," my father was skeptical of Castro's promises.  My favorite analogy he used to tell me was that "Castro was green on the outside but red on the inside, just like a watermelon."  My father did not believe the rhetoric the Castro administration was promoting and was confirmed when the factory he owned was nationalized by the government.  He filled out the necessary paperwork for the family to leave.  Several years later there was a knock at the front door of my parents' home in Havana.  My father at first thought government officials were coming to arrest him because he had been very vocal in his disagreement with the regime.  The government officials informed him that his visa had been granted and that he was to leave Cuba the following afternoon.

In less than 24 hours, my parents packed what they could carry, said goodbye to loved ones, and we were on our way to the land of opportunity.  My parents were not allowed to give away any of the possessions they left behind, those were appropriated by the government.  At that time, one needed to be sponsored by a friend or family member and on August 17, 1966 we arrived in the United States.  Soon thereafter, Cuba closed its doors and very few left in the comforts of an airplane.  Six years after Castro took over, my parents started a new life.  I often wonder what my life would have been like had we remained?  My parents became American citizens in 1972.

I grew up in Glendale, California graduating from Herbert Hoover High School in June of 1981.  A few days after I graduated, I was on a plane to Lackland Air Force Base to enter the United States Air Force basic training school.  I spent six years in the Air Force stationed at Vandenberg AFB in California, RAF Lakenheath in England, and Scott AFB in Illinois.  I worked in the Telecommunications Center, where I was responsible for sending and receiving all the message traffic for the base via computers.  I had a Top-Secret clearance since I had access to sensitive information.  RAF Lakenheath was the base where the F111 bombers took off when the United States attacked Libya and Muammar al-Qaddafi in 1984.  I was there when the attack took place.

After leaving the Air Force in 1987, I returned to California and attended College of the Canyons in Valencia, California.  I received my Associates of Arts in 1988.  I then enrolled at California State University, Bakersfield (CSUB) where I received my Bachelor of Arts in 1990.  I majored in History and minored in Political Science.  I taught one year at Bakersfield High in 1991 and joined the Stockdale staff in the Fall of 1993.  I continued my education receiving a Masters in Curriculum and Instruction from CSUB in 1994.  In 1996, I became the Department Chair for Social Studies at Stockdale High.  I was the Mock Trial coach from 1996-1999, 2001-2003.  The team won the Kern County Championship all six years and competed at the California State Mock Trial Championships where we finished in 11th, 4th, 10th, 2nd, 8th, and 7th places respectively.

I taught World History Gate and U.S. Government until 2002 when I made the move to administration.  I was the Dean of Instruction/Testing Director for Stockdale High School from 2002 - 2004.  Beginning the 2004-05 school year I became the Assistant Principal of Curriculum & Instruction.  In 2010-11 I became the Director of Research & Planning at the District office where I oversaw district testing, student enrollment projections, staffing allocations, & boundary adjustments.  This year I became the 3rd principal in Ridgeview’s history.  I’m thrilled to be a member of the pack and look forward too many years serving students, staff, and the community. 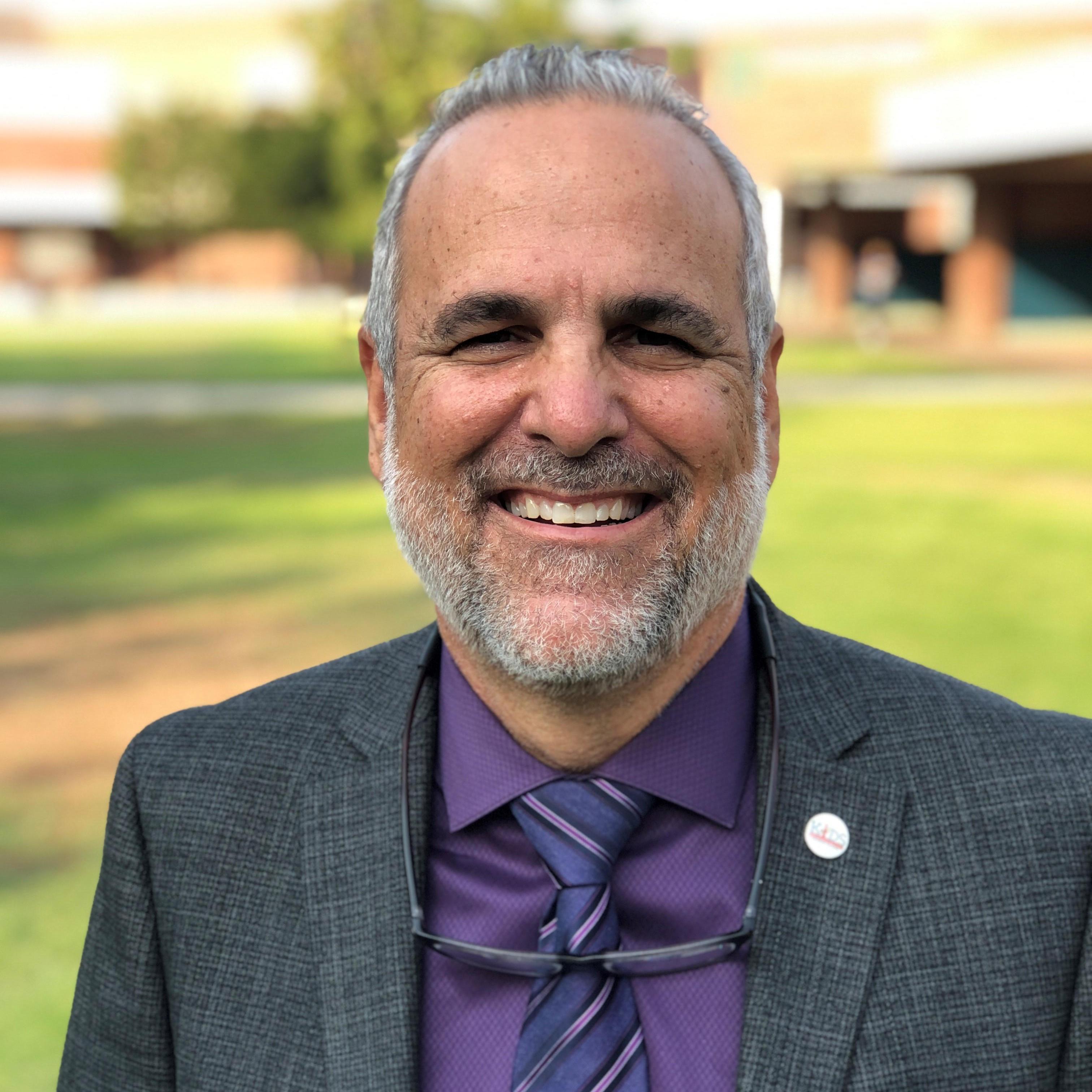